Details on stores, clans and other features.

I'm not a big fan of PvP. Not Defiance in particular though it has more than it's share of issues, but in general straight-up competition isn't that thrilling as I suck and spend more time spawning than shooting people in the face. I think there are a number of content solutions Trion could offer that would boost content and offer fun distractions from running around to arkfalls and emergencies. Simple ones like 4-player non-team Deathmatches using the Arenas would be easy enough to rattle off so instead I bring you PvEvP...

My favorite online multiplayer shooters remain the Star Wars Battlefront series. You really got a level of scale in those plus for those of us who suck, bots to kill for an inflated sense of accomplishment. Here's how I would bring that same level of fun into Defiance with the least amount of additional coding...

I'm planning on three weekly livestreams using twitch.tv starting next week and as I have never done this before I'm doing a test run tonight. It's planned for 9pm January 25, 2014 and hopefully I will have the headset working. I will be using the PS3 version as it is the most problematic so I can figure out how to handle dead spots when and if they occur.

So if you get the chance hop on and let me know how it is. My bumbling playstyle should have some level of entertainment value!

This is a placeholder so I can remember I need to write this thing sooner rather than later.

This is it. I can finally call the alpha version a done deal.

What does that mean exactly? I'm gonna make a separate post about my development strategy but in simple terms all of the features I wanted to make available to kick off the site are in place. There may be some display and interactivity inconsistencies, things may not flow how I want them to in the end, but the root trading and social features are here and ready to use.

I have removed sales and wishlist support for grenades following the grand fuck-up that is DLC2 ArkBreaker, or as I prefer, GameBreaker.

That's not to say grenades weren't a problem. With the endless minor variations and hard-to-pin-down features across various names they were a pain in the ass to implement on the site. But in the game you could find something that worked for you and their regeneration allowed you to strategize their use.

Shields are the most difficult item to handle. Most types have simple rules with one or two caveats, but shields are all over the place with the same name crossing rarities despite alternate names also being used. Then there's the availability factor.

It's easy to come across every weapon in the game and jot those names down. You loot them or get them as rewards or from vendors, you've likely had every named weapon at one point or another. And each weapon has a version in all five rarities. The only caveat is Faction vendor weapons. Since those aren't tradable the only reason for me to be concerned is for database completion.

Thanks for checking out the site, and if you've already got an account, thanks for helping test and design this site. This is a temporary discussion solution, articles and comments. There will be other methods as the site evolves including private mail and topic comments. In the meantime I'm hoping to get feedback on the site through these articles. This one is as open-ended as they'll get, a place to dump anything and everything. So let me talk a bit about the goals here and hopefully that'll be a jumping off point. 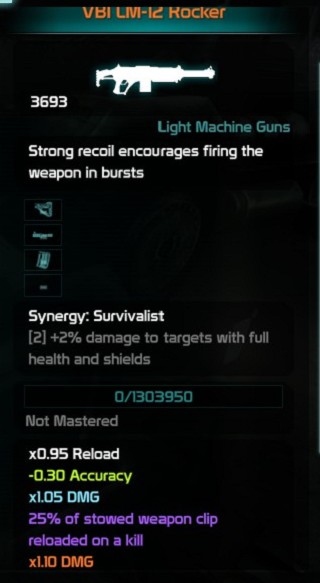