Thanks for checking out the site, and if you've already got an account, thanks for helping test and design this site. This is a temporary discussion solution, articles and comments. There will be other methods as the site evolves including private mail and topic comments. In the meantime I'm hoping to get feedback on the site through these articles. This one is as open-ended as they'll get, a place to dump anything and everything. So let me talk a bit about the goals here and hopefully that'll be a jumping off point.

Defiance features a wholly random item system. You would think from that philosophy the developers were hoping to encourage trade. Yet there is no mechanism within the game to facilitate that beyond general shouting in Zone chat. There is no auction house or other method in the game to put out there what you think is more valuable that dumping on a vendor or scrapping in the Salvage Matrix. There's no way to publicize a certain shield you'd pay handsomely for as it never drops. Some people take to forums to announce their needs or list items they have for trade or sale hoping the people reading are on the same server and using the same version of the game.

So that's the foundation of this site: to provide a mechanism that should exist within the game or at least a companion app that's tied to the game's data. Beyond that, as long as you're dragging yourself here why not character pages with status updates and ruminations? How about clan pages and ways to hold tournaments and other gatherings? These are just some of the things I have thought about in creating a site that fills in the blanks of the social component one should expect from a massively connected game world.

For now the site is all about features. Getting grenades and then weapons added is a priority. But finding a name, designing a logo, prettying things up, add AJAX data routines, converting the code and more are waiting for when the site can be opened up to all.

So please feel free to report bugs, postulate features, whatever seems like it doesn't fit elsewhere right now in terms of discussion right here in this article. 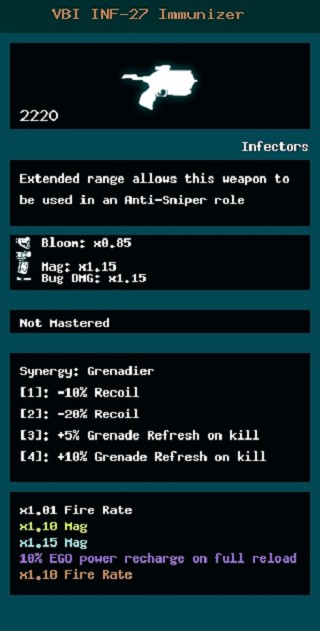